This story is the description of the birth of a Symbol , far beyond mind and imagination

GOD SPEAKS ENGLISH '  declared the loud voice in my ears , while busy on a painting .  After due consideration , best was to smile and file . Some 2 weeks elapsed before sweet remembrance was to come . Another painting  then  in process related abstractly to the revelation of our spiritual essence ( the white center )  through the frame of ever changing physical experiences ( the blue )  . With a palette knife , i threw  some paint on a newspaper and from there picked it up with a roller and finally proceeded to apply it to the canvas . Just another uncontrolled technic for automatic  painting , just another trick to shunt the all powerful EGO .  The particular form  of a precise shaped Dog  produced in that manner could not possibly arise from  chaos , just by chance .  They were a good dozen of them , passing like glorious clouds in a peaceful sky .So fierce and intense were the eyes that it looked more like a wolf  ... When time came to give its title to the soon completed work , did i have any other choice but to name it D.O.G ? Only then did the memory of the God speaks english s voice rang back into consciousness , followed immediately by the realisation of the immense blessing . Indeed , only the english langage could possibly link G.O.D as a sound with D.O.G as an image . When such a lightning strikes , the amount of LOVE being released so unexpectedly , reaches such huge and unfamiliar proportions , that a frail container soon overflows and REALITY remains to be tasted through warm and salty tears of JOY .  Indeed , what a relief to know this Universe to be intelligent , and not to be a waste after all . 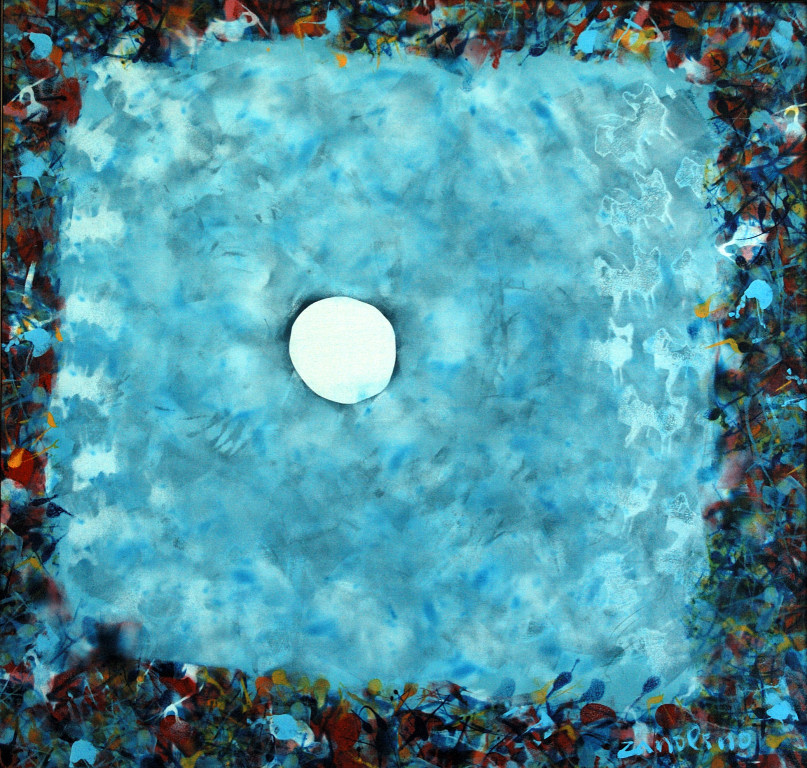